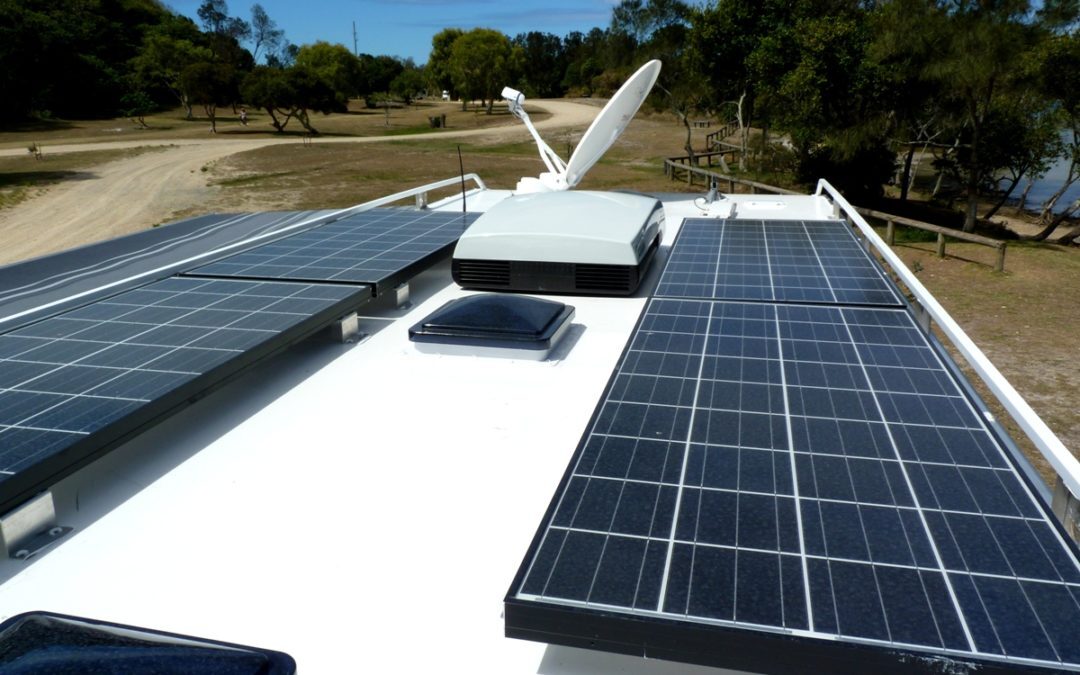 Yes all of the above is correct and makes perfect sense. A photovoltaic solar panel will generate the most electricity when solar radiation hits it directly – i.e. the sun’s rays are hitting the panel perpendicularly (i.e. at a 90 degree angle, face on). 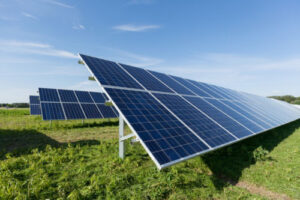 We hear it all the time, “I have 400watts of solar on my caravan, it’s in full sun but I’m only seeing 240watts on the solar meter, what’s wrong with my system”

As you move around this great country of ours, the angle to the sun varies. This is based on the latitude position with the reference point being the equator. The further south from the equator, the steeper the solar panel angle needs to be (i.e. Darwin’s latitude is, 12 degrees & Hobart is 43 degrees). 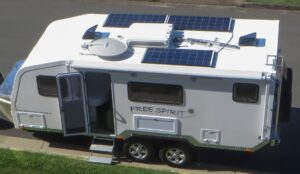 Virtually every caravan’s solar panels are installed flat on the roof. With a zero angle on the panels, the output performance on the solar array drops significantly, not to mention with a flat panel, they are much harder to keep clean due to limited water runoff.

Below is a graph showing the different performance outputs between a panel angled at 45 degrees and a panel lying flat. 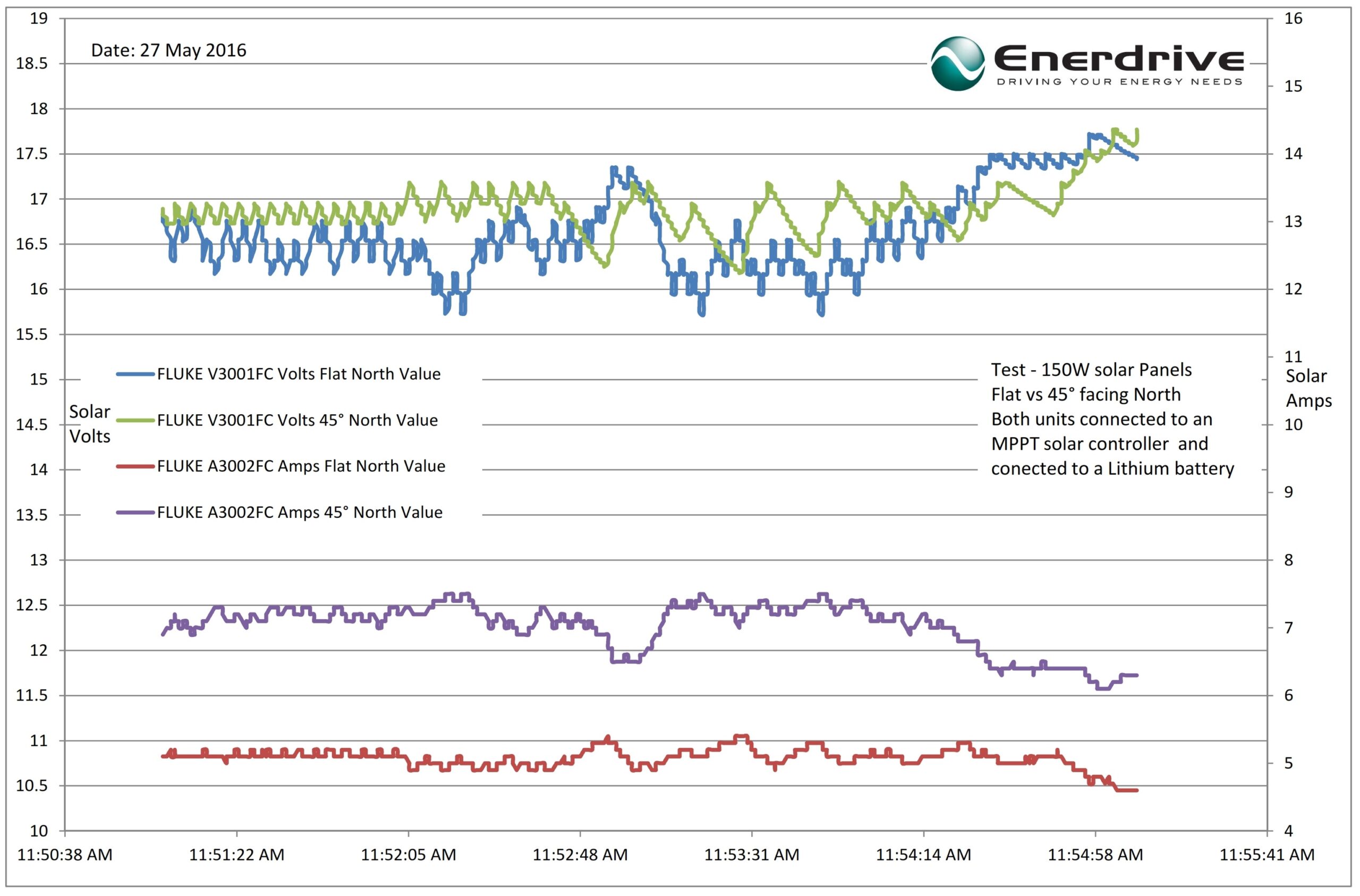 At the time of testing (May) the sun is lower in the sky so, to achieve the preferred 90 degree performance angle, the panel was placed at 45 degrees facing due north.

As you can see the panel angled at 45 degrees produced nearly 38% more output compared to the unit that is lying flat. So, what does all this mean for your caravan solar system? With panels installed flat on the roof, you can expect to see a reduction of overall performance of the solar array over the course of the year as the sun and the caravan constantly shifts locations. 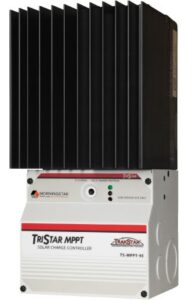 To compensate for this reduced output, if you have the room available, fill the roof with as much solar as you can fit up there and what the budget will allow for and run it through a MPPT solar controller that can be “overdriven” like the Morningstar Tristar™, ProStar or SunSaver units.

There are many benefits to doing this which are outlined below. Please that note that doing this is partially an economic decision; you can purchase more power than the controller can use and this will contribute to better power availability and lessen the chance of a low voltage disconnect (LVD) & loss of load situation. You just have to consider (at some point) the diminishing return that comes with more power-shaving.

Some of the benefits in exceeding the nominal wattage ratings of an MPPT controller include:

The below graph illustrates the output power levels of a SunSaver MPPT controller—comparing a 200W module to a 240W module—operating on a clear & sunny day at STC maximum power (Pmp). 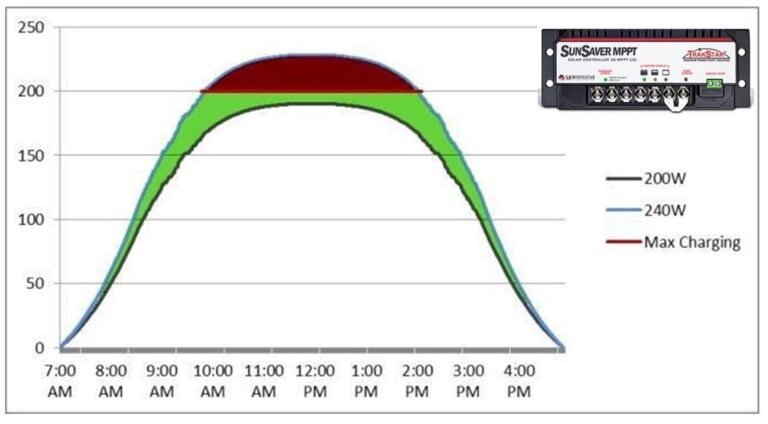 Bottom line, solar panels installed flat on a caravan will never achieve their 100% output and that 400watts you had installed could be outputting as low as 250watts or less, meaning that your batteries will take longer than you thought to charge. If you have the room available, fill the roof with as much solar as you can fit up there and what the budget will allow for. If you can’t fit any more panels on the roof, consider a portable folding kit to increase your overall wattage. Remember, the energy from the sun is free…take advantage of it!